Islands of the eternal Spring

The Canary Islands, which are often called the “Islands of eternal Spring”, lie off the West coast of North Africa in the Atlantic. La Palma, the fifth largest of the islands lies 18“ westward longitude and 29“ northward latitude. La Palma lies 85 km north west of Tenerife. Africa is 445 km away from La Palma and it is a distance of 1,500 km to the Spanish mainland. The flight time from Europe to La Palma is approximately 4 – 5 hours. 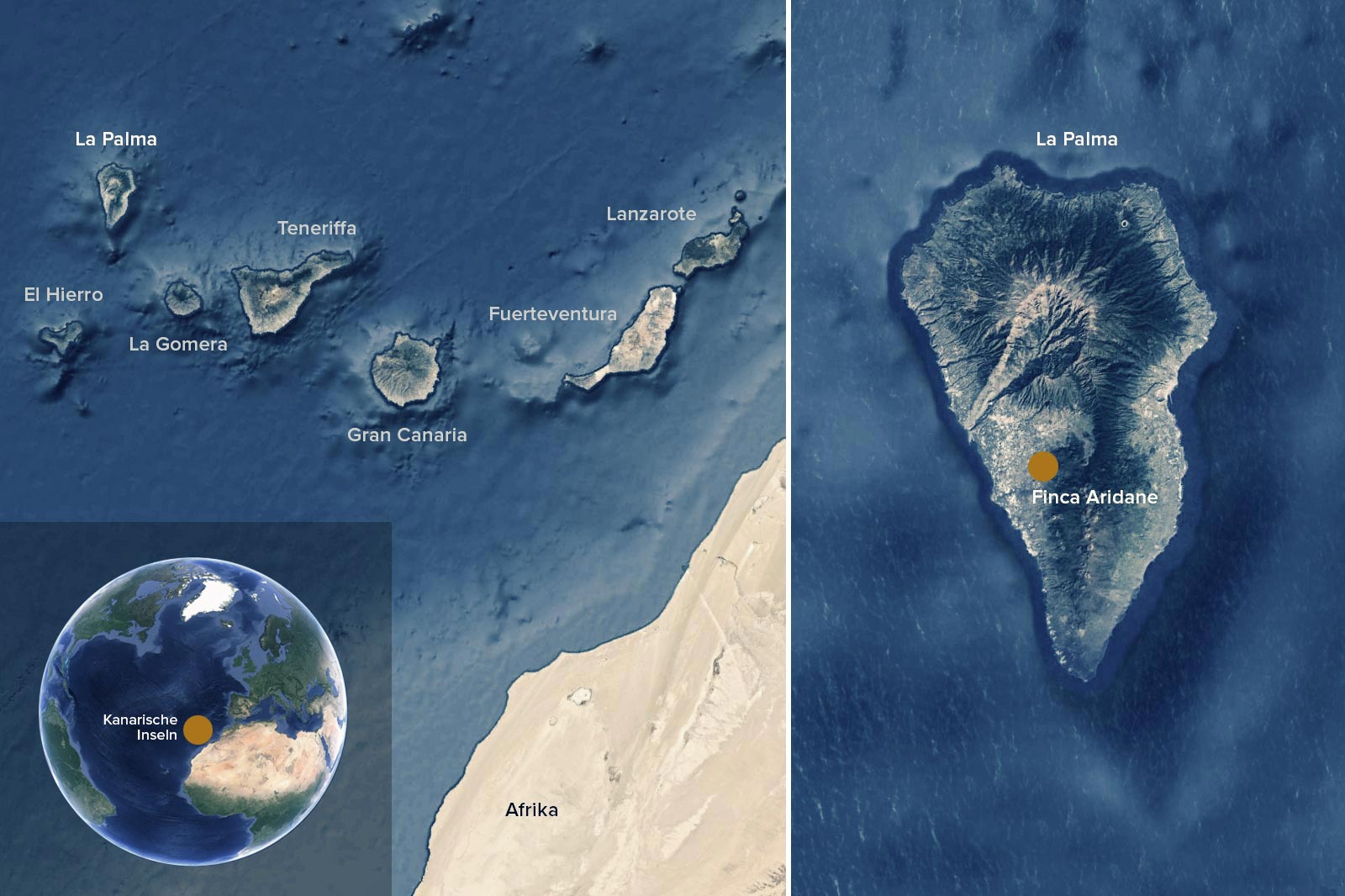